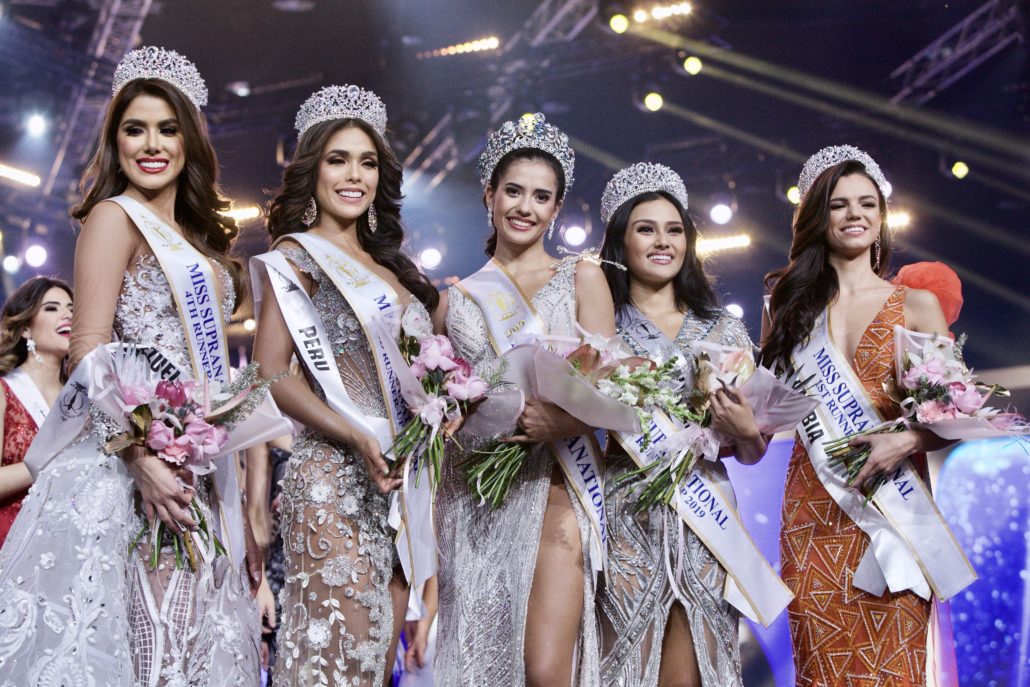 Anntonia is half Thai and half Danish and speaks English and Thai. A globetrotter, she grew up in Vietnam and has lived in 7 countries. She enjoys travelling, playing sports and doing community and volunteer work. Anntonia future goals include to work on her Advertising and PR Firm and also to start a foundation that focuses on the importance of health (mental and physical) and environment-friendly living. She feels very strongly about inspiring a positive change in the world.

During the same pageant, Yana Haenisch from Namibia was titled as the first runner up, Jesica Fitrian from Indonesia was adjudged as the second runner up, Janick Maceta was announced as the third runner up and Gabriela De La Cruz from Venezuela finished as the fourth runner up.

One thought on “Anntonia Porsild from Thailand Crowned Miss Supranational 2019”

The priceless reaction of #FeminaMissIndia2020 titleholders when the crown touches their heads! The popularity of #MissIndia winners can be gauged by the fact that within few days after their crowning, #ManasaVaranasi , #ManikaSheokand and #ManyaSingh have garnered a lot of followers on Instagram. ❣
Last two Indian #MissWorld titleholders passing on their crowns to their successors.
India undoubtedly is sending a beautiful candidate to #MissWorld2021 . Calm, composed and refined, the very graceful #FeminaMissIndia2020 #ManasaVaranasi is all set to show the world, that India is a roaring lion when it comes to #MissWorld pageant.
Following the footsteps of former #MissWorld #ManushiChhillar , will Haryana's daughter #ManikaSheokand yet again bring home an international crown?
For her homecoming ceremony, the newly crowned #FeminaMissIndia2020 #ManasaVaranasi was clad in a beautiful red saree by #ManishMalhotra . ❣
Former #MissUniverseIndia @nehalchudasama9 and the newly crowned #FeminaMissIndia2020 runner up #ManyaSingh both graduated from @tcscmumbai . When students achieve huge things in life, teachers can surely feel those tears of happiness! ❤