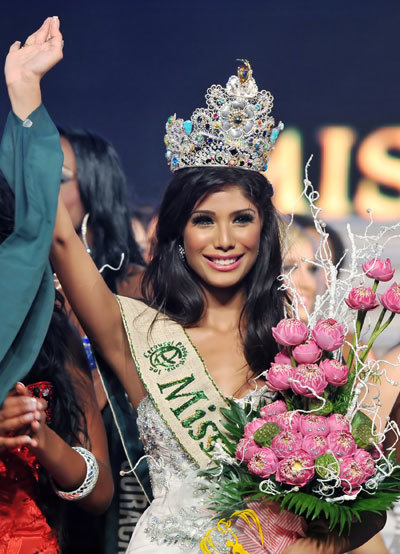 Nicole Faria To Be Felicitated By President of India

In 2010, Nicole Faria from India took home the first Miss Earth crown to her country after giving a power packed performance. The lady since then has been part of various movies and modeling projects. Miss Earth 2010, Nicole Faria is now going to get felicitated by the honorable President of India, Ram Nath Kovind on January 20, 2018 at the Rashtrapati Bhavan, New Delhi.

Being the first Indian woman to win the title of Miss Earth, Nicole Faria shall be felicitated in an event organized by Ministry of Women and Child Development to honour the “First Ladies” to make a significant mark in their respective fields.

Expressing ecstasy over the same, Nicole Faria opined, ” I am proud to be attending the First Ladies awards, organized by Ministry of Women and Child Development.”

India last placed and won the Miss Earth crown in 2010 under the representation of Nicole Faria, since then the country has been running on a dry spell at the said pageant.

We congratulate Nicole Faria for this achievement! 🙂