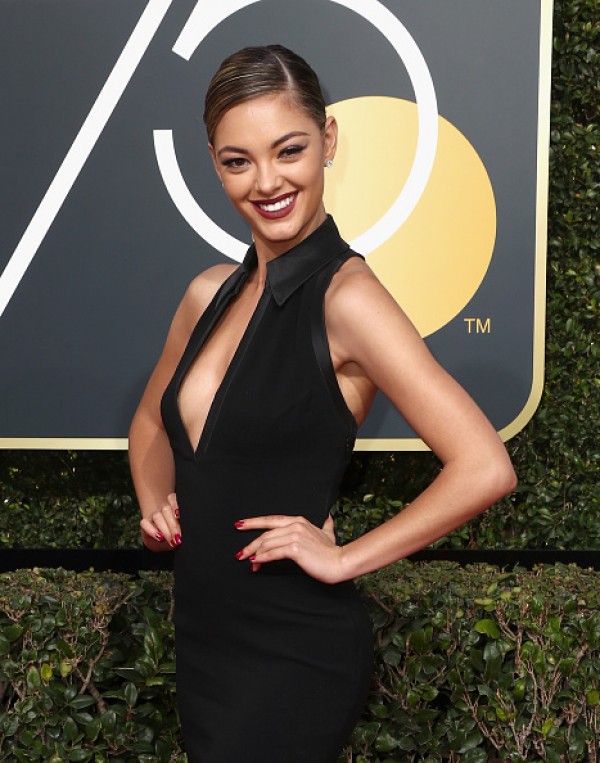 The reigning Miss Universe, Demi Leigh Nel Peters made her first public appearance post her crowning as Miss Universe 2017 at the Golden Globe Awards 2018. The beauty queen was invited by the first ever Miss Universe from her country, South Africa to attend the award ceremony held on January 7, 2018 in Los Angeles.

Margaret Gardiner, who was crowned as Miss Universe 1978, is a member of the Hollywood Foreign Press Association that votes on and hosts the Golden Globes. She is now working as a print and television journalist in Los Angeles. When the first South African to win the Miss Universe title extended her invitation, Demi could not deny and made sure to hit the red carpet of Golden Globes 2018.

Both the Miss Universe queens wore black as Golden Globes used its glitzy award show as a platform to highlight sexual harassment in the entertainment industry. Demi’s black evening gown was designed by Theia Couture.

Demi Leigh Nel Peters not just attended the awards’ ceremony for the first time but also posted live Instagram videos showing herself getting ready for the big night. She said, “I decided that I really want to support the Time’s Up campaign. I think it’s so amazing and I take my hat off to every women who has had the courage to come forward and tell their story. It’s not just a campaign, they created a legal fund to help fund women who have been victims and who have been affected. I stand with solidarity with women around the world.”